Phew. I need a vacation from the weekend

I’m glad to sit at my desk this morning. No, there wasn’t a lot of snow to shovel. No family to entertain. No big shopping, though I am starting to plan out the menu for Superbowl next weekend. (I’m making soft pretzels and guacamole.)

Nope, I’m exhausted because it was a Lord of the Rings marathon, and Guy and I watched all three extended versions without commercials and with all the extras. I am exhausted! Guy actually had to wake me up this morning. It did give me time to knit in front of the TV, though. It’s a mess with more bobbins than I’ve ever worked with, but it’s moving forward. 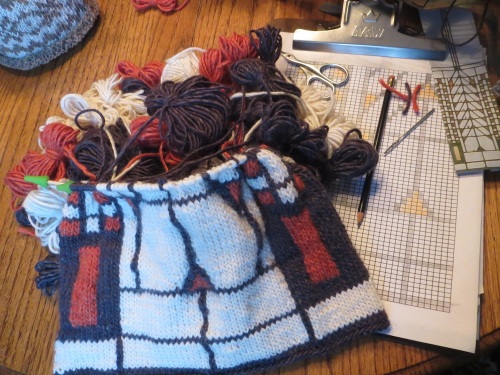 More importantly, I’m in the home stretch for Peri’s first editorial rewrite. Frankly, this has been one of self-doubt since I’ve changed the story so much, and much of that touches on the pace, which is kind of the backbone of any book and mostly instinctive for me at this point–or at least it used to be. It feels even more top heavy toward the beginning for an action/thriller than before, which is why I’m going over it one last time to see how the changes I put in might be keeping those first 100 pages moving.  But if I’ve learned anything in the last ten years, it’s trust your editor, and nine times out of ten, I can see what she was trying to do by the time I get to the end, even if I don’t see it in the beginning.

Guy, who never reads my rewrites, did this time, actively coming out into my office and looking for chapters.

10 responses to “Phew. I need a vacation from the weekend”